What Caused Ammo Price Increases in 2020? 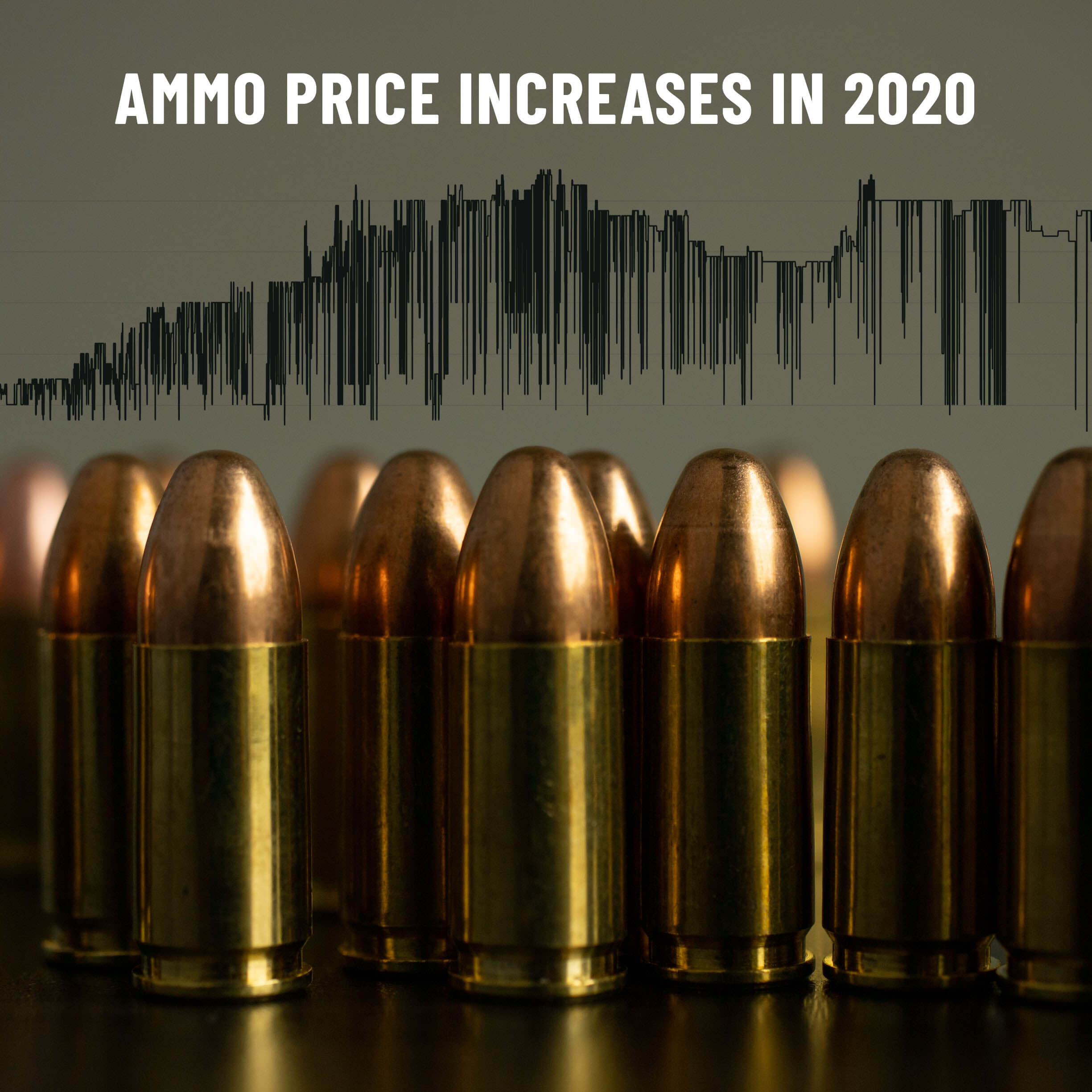 You can probably assume the causes for most of the ammo price increases in 2020. If you don’t follow the news very much let’s break down the main causes of these price increases. Unfortunately, Ammo Prices Now was created in June of 2020 so we can only provide data-backed evidence for the second half of the year.

After President Donald Trump ordered a U.S. drone strike on Iranian General Qasem Soleimani in January, we all decided to laugh through the pain of the potential for nuclear annihilation. This prompted many to revisit their ammo stockpile. Meanwhile, people that were particularly aware of global events saw a much more real issue on the horizon.

I really don’t want to talk about this f*cking thing anymore. Unfortunately, per the article title, we must. However, to make this a bit more interesting we’ll break down specific things that happened during the pandemic that caused compounding price increases.

When people hear the “P” word, they lose their minds. The first thing to fly off the shelves is toilet paper. Once all the TP is gone, they move on to other necessities that will allow them to get by for prolonged periods of time. At the same time, it becomes important to stock up on ammunition because of the ever possible “what if” scenarios.

California becomes the first state to issue a stay-at-home order, mandating all residents to stay at home except to go to an essential job or shop for essential needs. The rest of the states would follow suit in the following weeks. This, of course, meant businesses were shutting down or closing. If businesses aren’t open, ammo isn’t being produced. If ammo isn’t being produced and demand doesn’t stop, prices increase. It’s the basics of supply and demand.

Manufacturing begins to resume at some capacity. Many businesses eager to restock all calibers of ammunition. There’s just one problem: Where are the primers?

Popular calibers of ammo are cartridge based, meaning there are three main parts: the casing, the bullet, and the primer that the firing pin ignites. Manufacturing may have resumed, but without all of the necessary materials to make ammo there’s not much of it being produced.

Just including this so we can laugh about how stupid the world can be at times. You can read more about murder hornets here if you care to.

Ahmaud Arbery, a 25-year-old Black man was shot and killed after being pursued by armed white residents of a coastal South Georgia neighborhood on Feb. 23, 2020. EMT and aspiring nurse Breonna Taylor, 26, was shot to death by police in her own home on March 13.  On May 25, Floyd was killed by a Minneapolis officer who had his knee on Floyd’s neck for nearly nine minutes as the unarmed man told police he couldn’t breathe. Floyd’s death and those prior caused an uproar, with protests popping up worldwide.

Peaceful demonstrations turned to all-out rioting, fueled by Antifa. I’m sure we all pulled out every gun we owned and readied our ammunition. Ammo Prices Now was created amidst all this chaos. At the start of the rioting, our data shows the cost of 9mm ammo was roughly 22 cents per round.

By the end of June, ammo prices had increased 45% to 32 cents per round. This trend would continue for the next two months, compounded by manufacturing delays due to the primer shortage mentioned above as well as the impending election. In July, prices increased 35% from 32 cents to 43 cents per round. August was the worst month with an increase of 47% from 43 cents to 63 cents per round.

Prices would return to some sense of normalcy following these events and even had a steading decrease in cost through September and early October.

Interestingly enough, ammo prices did not change much at all the week prior to the election as you would otherwise expect. However, by the end of election week, prices had increased 33% from 48 cents to 64 cents per round. This was a result of discovering that Joe Biden would be the next President of the United States.

Prices would remain about 60 cents per round for the rest of 2020.

Receive price drop alerts and find out when new calibers are being tracked.

If you would like to support the website, you can buy me some rounds (or coffee) using the paypal link below.

Terms & Conditions | Privacy Policy
Legal Note: Ammo Prices Now does not promote the sale of firearms or ammunition.
We do not provide links to sources where you can purchase said items.

Where are the prices from?

Prices are aggregated from sources all over the web to ensure prices are accurate.

What quality of ammo do these prices reflect?

We only pull prices for factory new brass/FMJ ammo (when applicable). No steel/bimetal garbage (those prices will be lower than those reported here).

I can't find these prices online

We collect the very lowest prices which may tend to be bulk buy prices. Small quantity prices will be slightly higher. The prices serve as a reflection of the market as a whole.

You can close this dialog by clicking the X in the top right of this box.
Page load link
Quick Tips

- It is recommended to be on a desktop computer for the best experience.

- Zoom in on specific chart dates:
- Desktop: Click and drag on the section you want to zoom in on.
​- Phone/Tablet: Use two fingers as you usually would to zoom in.